St Michael’s is an iconic building currently under construction. When completed, it will stand at 42 stories high with honey comb cladding in central Manchester. It is a diverse and multifunctional space, containing funky offices, a five-star hotel, luxury apartments, communal roof terraces, as well as a retail square and a new synagogue.

We were approached by Gary Neville to work in partnership with Hodder+Partners and OBI Property to produce a series of planning and marketing CGIs in order to get this previously controversial project through planning. The aim was to secure pre-sales and pre-lets, and to heighten their brand awareness.

Our CGIs gained approval from the council and helped secure planning permissions. The VR experience allowed details of the scheme which had been previously overlooked to be brought into focus, meaning that improvements could be considered and implemented before construction began. Our animations, online tour and headset VR tours are now facilitating the pre-let of the commercial spaces and off-plan sales of the apartments.

We modelled the development from architectural plans, using drone photography to capture the view from the site, as well as the site itself from the surrounding area. We used these to create three exterior CGIs and a fully immersive VR tour of the ground floor square, including the offices and residencies inside. Working closely with Gary's internal team, we provided them with access and control in the virtual simulation, allowing us to further develop and improve the original design. 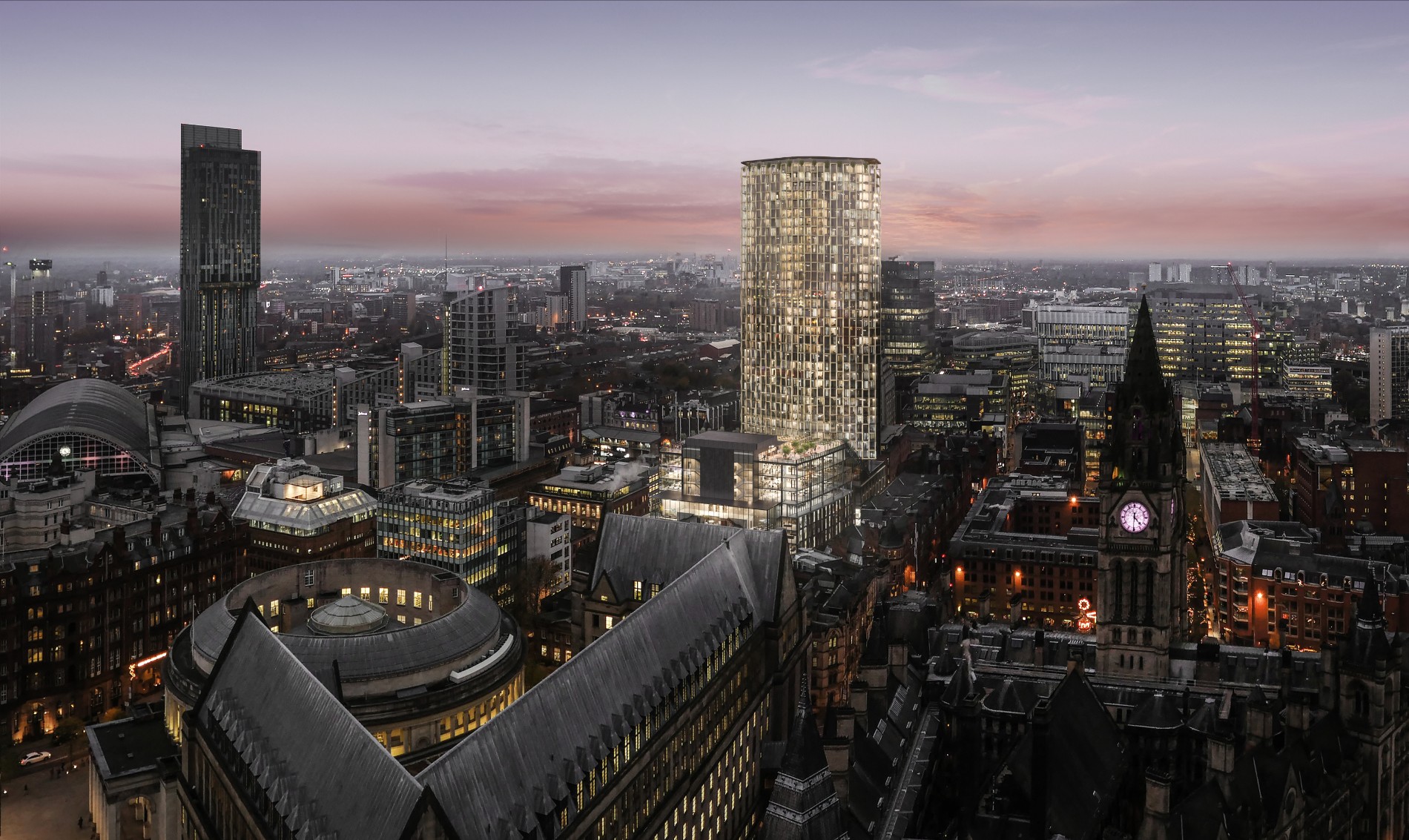 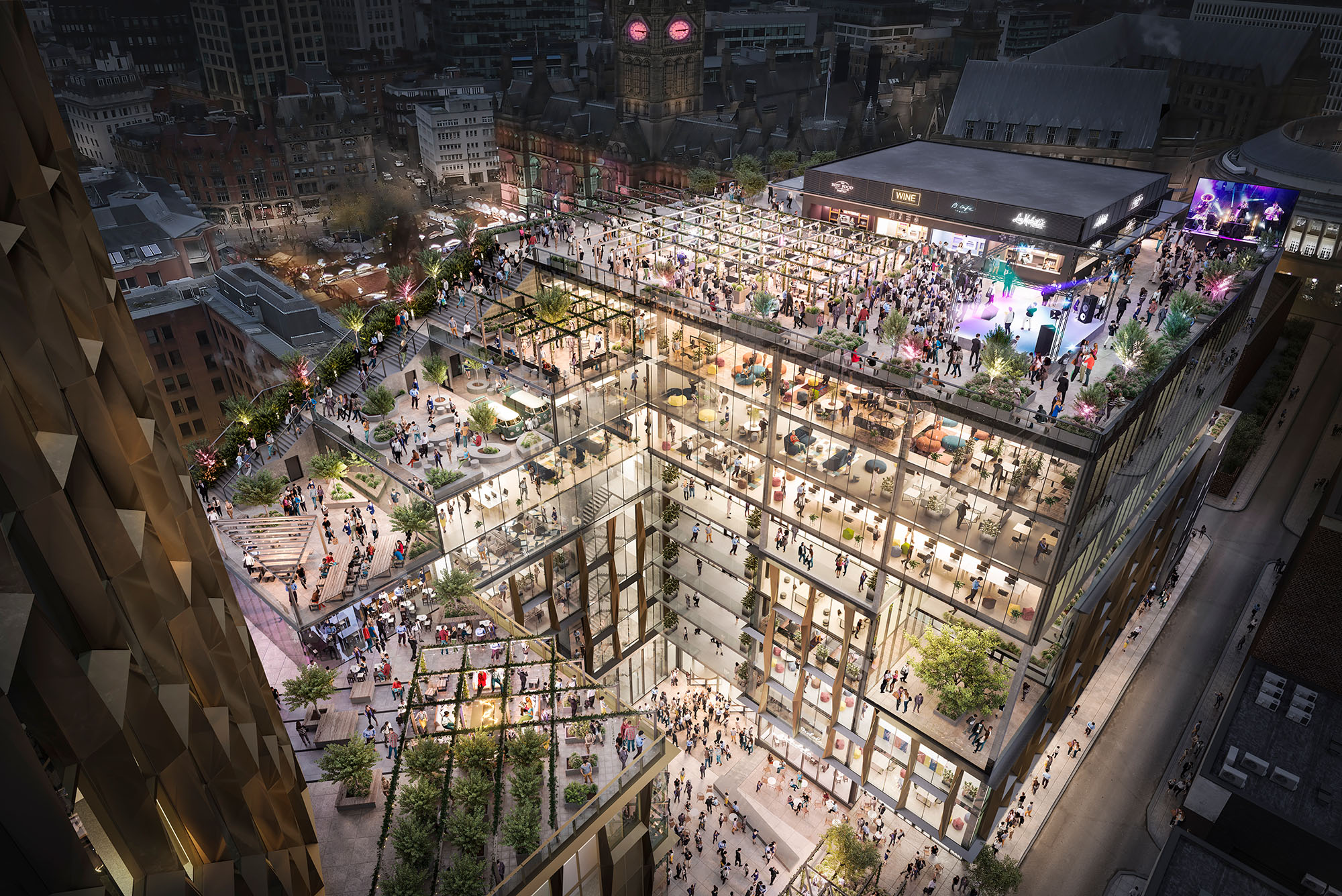 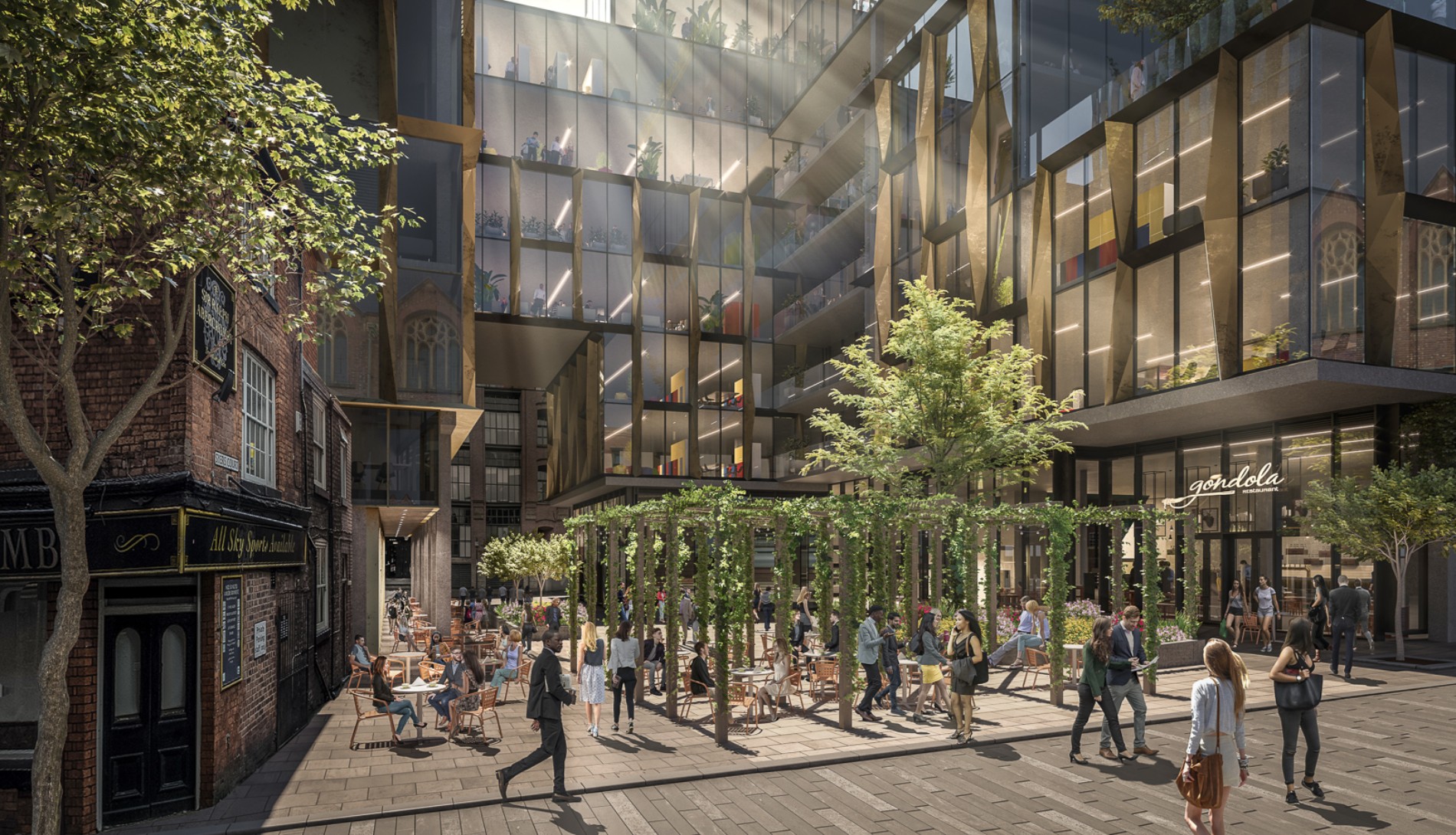