Animation is a service which has grown tremendously in the architectural visualisation space over the last couple of years. With the visual quality constantly increasing and efficiencies in the software being made constantly, the bar is rising ever higher, whilst the service is becoming more and more affordable.

A flythrough animation in its simplest form is a camera pathway which takes viewers on a journey around an architectural project, in order to demonstrate it’s layout and design.

Flythrough animations generally start off on the exterior of the development, taking some time to place the building within its context in the city.

From there, the animation often takes a closer look, in order to showcase the intricacies of the design and materiality, along with how the building’s exterior interacts with sunlight, people and landscape architecture.

In order to sell the interior spaces, which are generally more divided up, particularly within commercial (office) developments and residential developments, it is usual to produce lots of short clips, as opposed to producing one continuous camera pathway which moves around the building’s interior.

Depending on the type of development which you’re considering producing an animation for, and the purpose of the animation, there are different methods and softwares with differing levels of quality…

Using the same softwares as for still CGIs (3DS Max and Cinema 4D), it is possible to create animations that are near photoreal. These are what you’d associate with marketing campaigns for high end residential developments, where people want to be able to see in near crystalline detail, the veins in the granite and general quality of materials being used.

In order to produce this type of animation, there is a huge amount of computer power required to render out the sequence. The most efficient way to do this (unless you have a render farm), is via cloud rendering as otherwise it could take weeks to produce a simple flythrough using just one PC.

This does make the process expensive. With 25 frames per second, all needing to be rendered out using a 3rd party platform, you’re looking at £200-£300 per second of animation… and God forbid that the design should change after the animation has been rendered out, you could be looking at a huge bill to change just a few seconds of the animation.

Unreal Engine is an amazing software, and one that we love to use at Revere. Generally speaking the quality isn’t quite up to the photoreal levels, but it’s pretty damn good!

With Unreal, the rendering is done in real-time, on our own PCs. This makes the costs associated with rendering out animation sequences way lower than with the super HQ approach.

It also means that it’s possible to explore lots of different camera pathways, and to make amendments to the design as you go. Unreal gives you the client, and us the artists, lots of freedom to experiment, which generally leads to a better outcome.

The quality bar is ever increasing, and with version 5 of Unreal just released, we’re at a “level up” moment. Keep your eyes peeled for quality tests and some non-commissioned pieces. We’re even working on something new and very exciting that we call an “Interactive Animation”. Think Black Mirror’s Bandersnatch meets property marketing microsite (but less spooky).

Lumion is a software often used by architects in order to create animations that wouldn’t usually be considered “marketing worthy”, but are a good option when the budget is lower, but you still want a video to explain the development.

Lumion animations are generally best for seeking investment partners, conveying design of larger schemes and at the public consultation stage.

Lumion can also be used to create 4D Construction animations. Which enable the visualisation of the different phases of construction. These can be key in the process of bidding for construction projects.

Once we’ve had the meetings, we know (roughly at least) what you want and we’re ready to start the project, this is what we do:

First we sketch out our ideas for each scene, with timings to give an idea of the overall content, flow and duration of the video.

We create a 3D model of all the spaces that’ll be visible in the animation. If there will be city views, we’ll also get aerial and ground level photography at this early stage.

We test multiple camera pathways, and present them to the client, in order to choose the best one before going into detail on the visuals.

A key step, in order to create a truly emotive marketing animation, is to achieve the highest possible realism on materials and natural lighting. This enhances the experience for the viewer and allows them to be immersed in, and to truly appreciate the interior and architectural design. 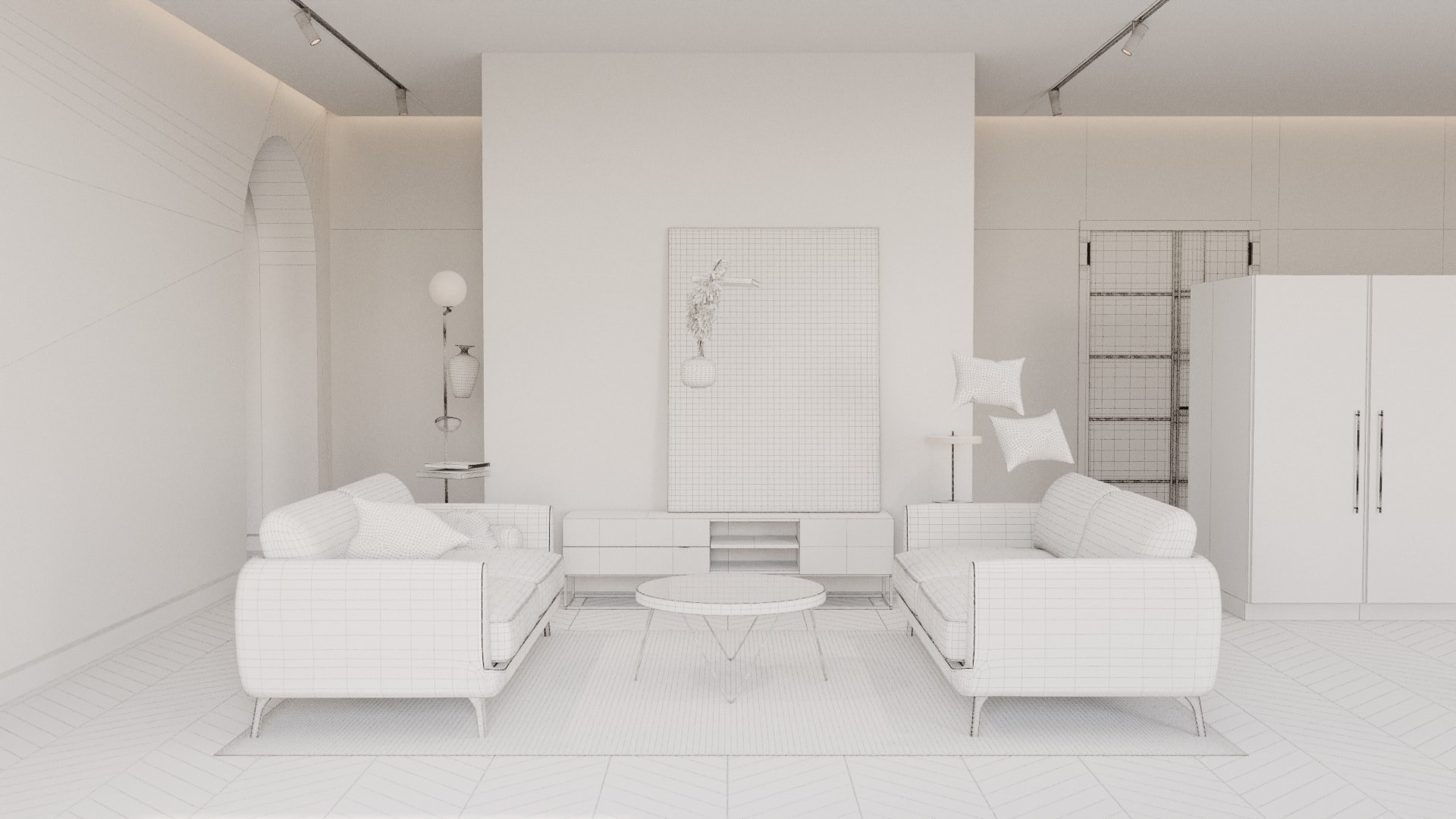 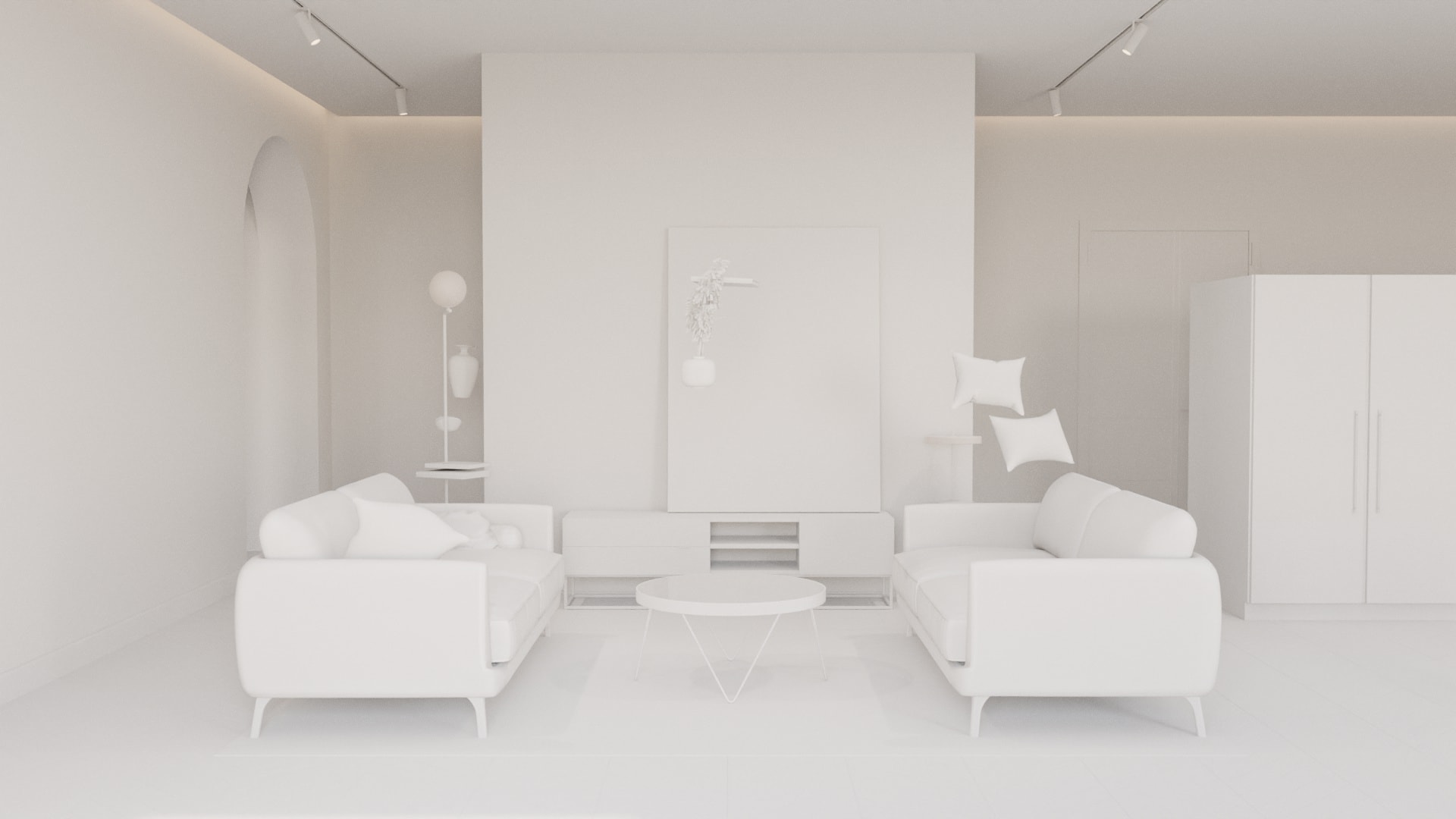 Often we’ll animate things within the 3D scene, whether it be animating an empty office turning into a furnished one, or showing a curtain blowing in the breeze. This all requires artistic input to create those movements, paying close attention to the timings and how the viewers attention should be guided.

Now we either “send” our animation sequence to be rendered on the cloud, or we press go on our own computers.

Once rendering is complete, we begin work on the post-production and colour correcting process.

At this stage we add the finishing touches, to create an edit, or multiple different edits for Instagram, website, marketing suite etc.

We’ll pay great attention to the choice of music and sound effects to achieve maximum engagement, which is an often overlooked but key part of marketing animations for both residential and commercial property developments.

Of course we can also add motion graphics to layer the brand identity into the visual narrative and also to convey those more practical messages such as distance from the scheme to the nearest public transport links.

We're a versatile CGI and Animation team, and can help deliver animations to a range of budgets.

We love the medium of film, so if you want to chat through any ideas, ask any questions, or get a quote, please get in touch, we’d be happy to hear from you!

Tell us about your project

We have amazing solutions for every budget.